The 21st September 2019 was a big day for the team of Spurtcommerce. The first ever Developers Meet-up of Spurtcommerce took place on the pleasant evening of this day, between 3 pm and 7 pm, at Chennai, India. An invitation about the Meet-up was sent to a large number of Developers and eCommerce enthusiasts across Chennai, Bangalore and Hyderabad. While the Spurt team anticipated just around 50 members for the Meet-up, they were overwhelmed to have more than 150 members, who included both Developers as well as their Customers, who have purchased the solution from them. 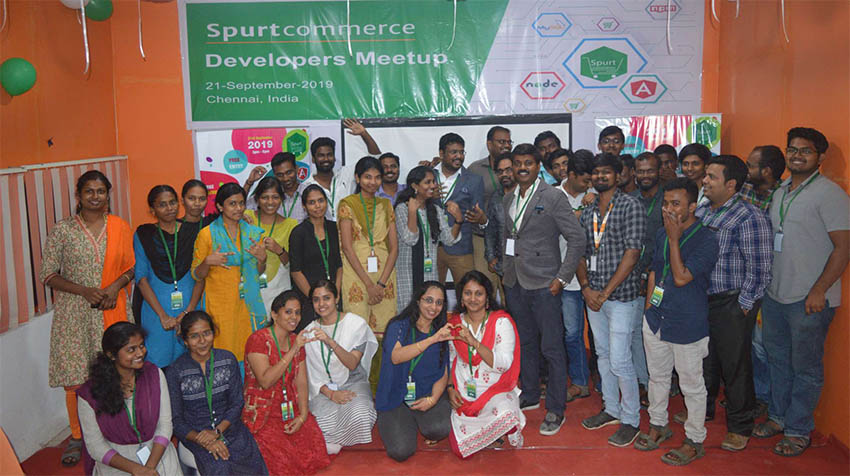 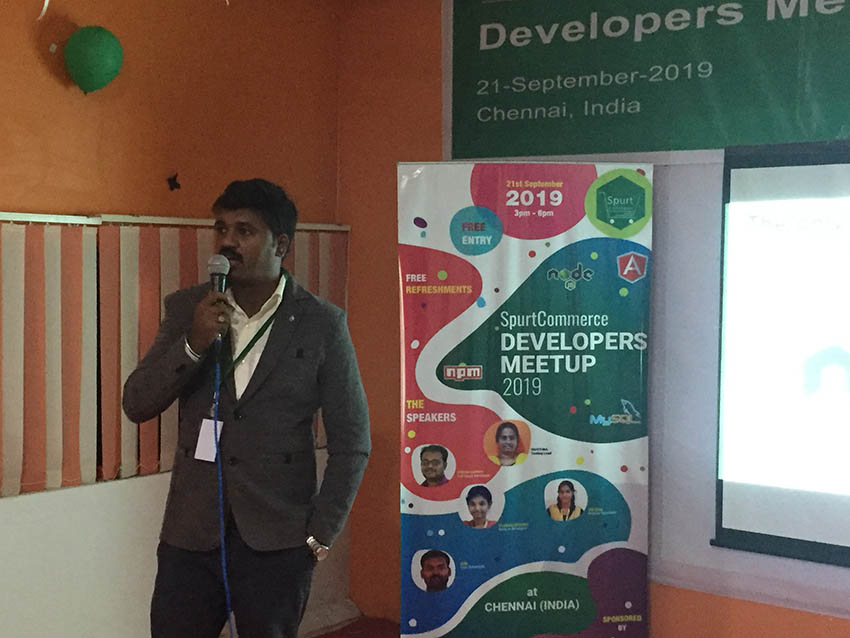 The meet-up was grandly opened with a compendious speech by Mr. Suresh Sekar, Founder & CEO of Piccosoft Software Labs India (P) Limited that sponsored the Spurtcommerce Meet-up 2019. He gave a complete insight on the Information technology transformation from 90s to 2000s and how the same holds good for the eCommerce industry as well. 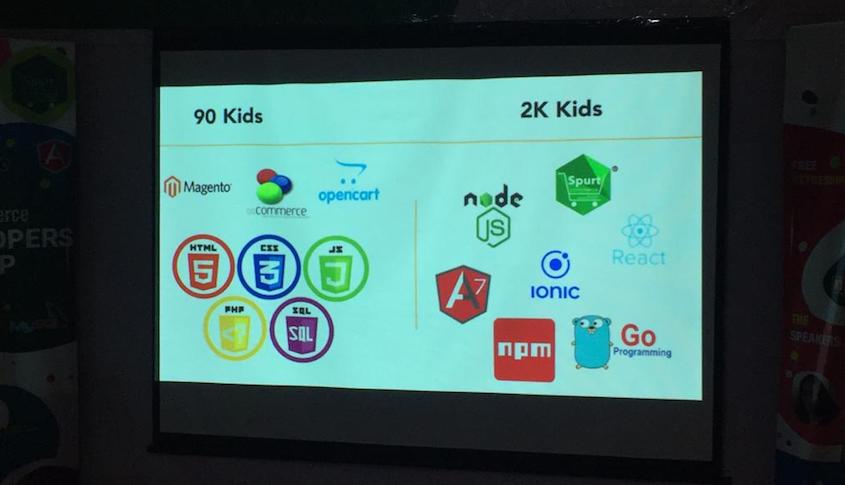 ''While it is not very difficult to come up with ideas to attract Customers, lack of technological infrastructure will surely doom the business owners with the unique selling ideas not getting rightly executed in their eCommerce websites. Thus, migration to newer technologies that can sustain changing trends in eCommerce industry and support unique selling ideas of eCommerce businesses is absolutely essential.''

The revolution in the IT industry and the changing eCommerce trend is also demanding the change or migration to modern technologies like NodeJS, Angular, React, Go Lang and other such futuristic technologies. 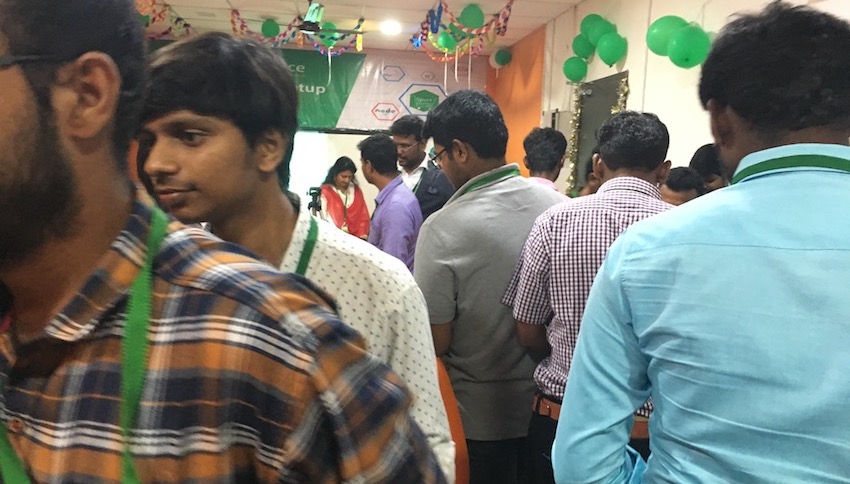 The speech was then followed by the Developers of Spurt team. One of the Senior Full Stack Developers in the Spurt team clearly explained how NodeJS can help eCommerce applications achieve speed, performance,  scalability and security.

· -Major libraries that have been used in Spurtcommerce Angular

· -Why NodeJS is one of the best choice for eCommerce backend?

· -Advantages of NodeJS for eCommerce over other older technologies like PHP 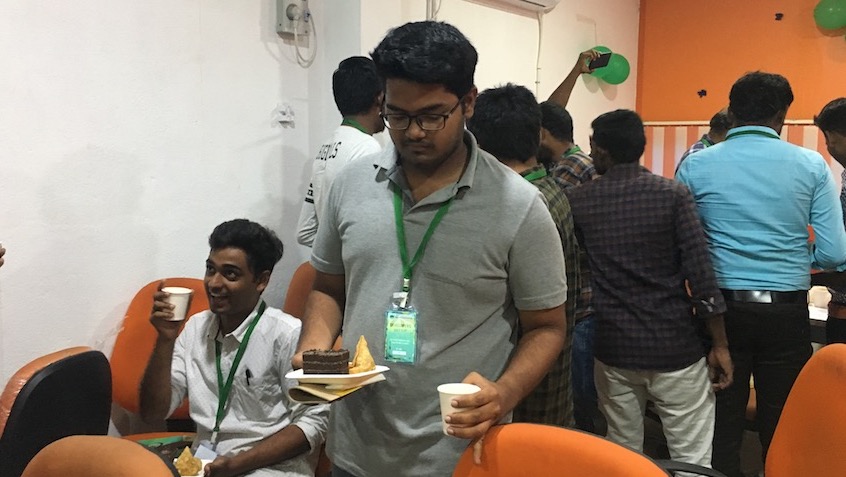 It was then followed by a speech by the Front End Angular Developer of the Spurt Team, who concisely explained about the Spurtcommerce Angular architecture. She was not only technically adept, her explanation was also clear enough even for the non-technical people among the audience. There was a question from the Audience to the Angular Developer, ''why should you use the multi-language conversion in Angular, when the option is already available in Google?'' The Developer very well explained that,

''Google does an exact translation from one language to another, by just replacing the equivalent words in a sentence. The sentence formations differ from language to language and just replacing equivalent words may not give correct meaning. Instead, in Angular, there is a library for multi-language services. Using that library, each sentence within the eCommerce application can be manually translated into other languages. This way, the content in different languages become easily readable and understandable for the end-users.'' 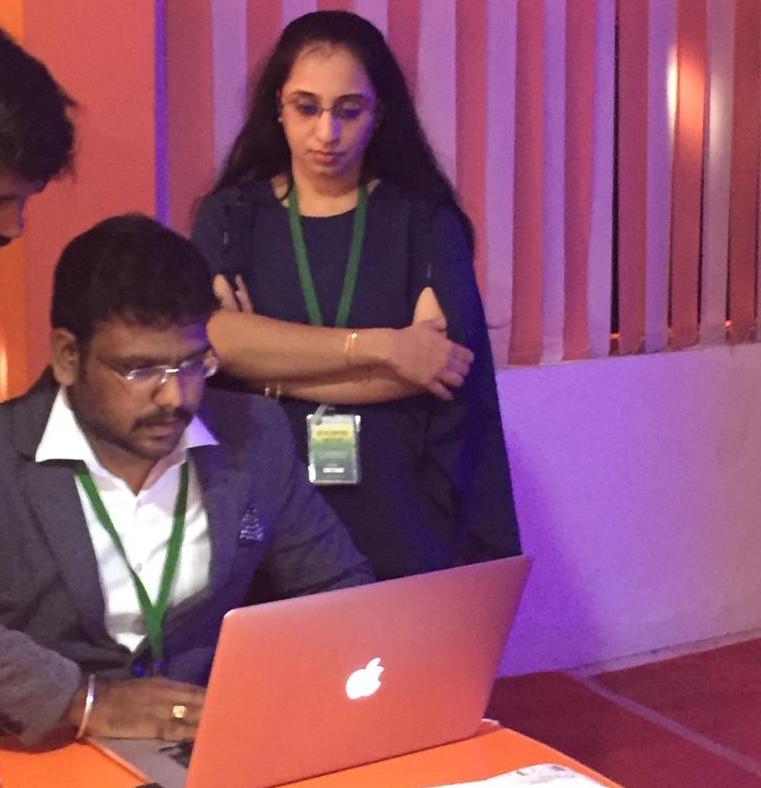 Then, the Backend NodeJS Developer explained about the Node architecture in Spurtcommerce and she also showed a live demo on the NPM installation for Spurtcommerce. This was later followed by an open house discussion on the trending eCommerce topic of Progressive Web Apps, and why is it essential in today's eCommerce and why App like experience has to be brought into eCommerce websites and what are its advantages to the end users.

Following that, one of the Senior Developers from the Spurt team presented on the topic of Headless eCommerce. The Developer spoke about its architecture of decoupling the presentation layer of an eCommerce website and the eCommerce backend. He also spoke about the benefits it offers to the Developers, such as flexibility, familiarity and fund-savings for developers and marketing effectiveness for innovation without hurting backend processes. 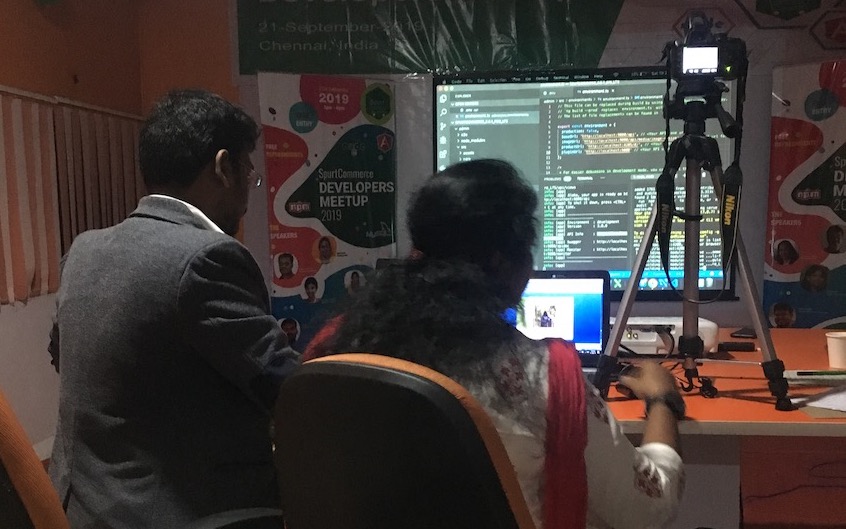 Also, it offers flexibility to the eCommerce business owners, to have features that they need and get rid of features they don't need, easily on the front end, without relying on a process at the back end.  There were other trending discussions on the topics of Omni-channel and digital marketing strategies for eCommerce. Overall, the Meet-up ofered a great takeaways for the attendees, which also included scrumptious snacks. 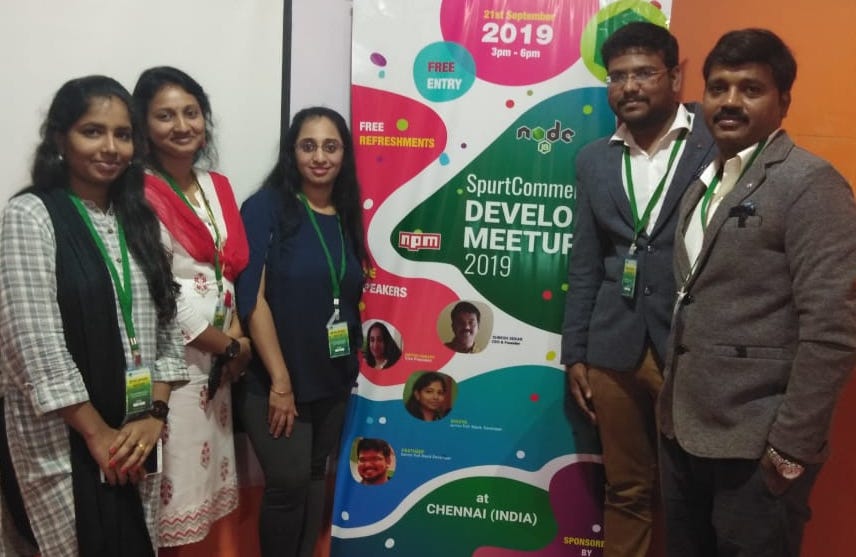 The Founder & CEO, Mr. Suresh and the entire Spurt team are happy with the response they have received through this Meet-up and they are looking forward to having more such Meet-ups at different locations, and invite Developers, eCommerce enthusiasts, Industry experts and Store owners for these Meet-ups. Meanwhile, you can keep yourself updated with what Spurtcommerce is up to, by regularly visiting https://spurtcommerce.com/