How to develop an awesome back end for your eCommerce portal with Node.js 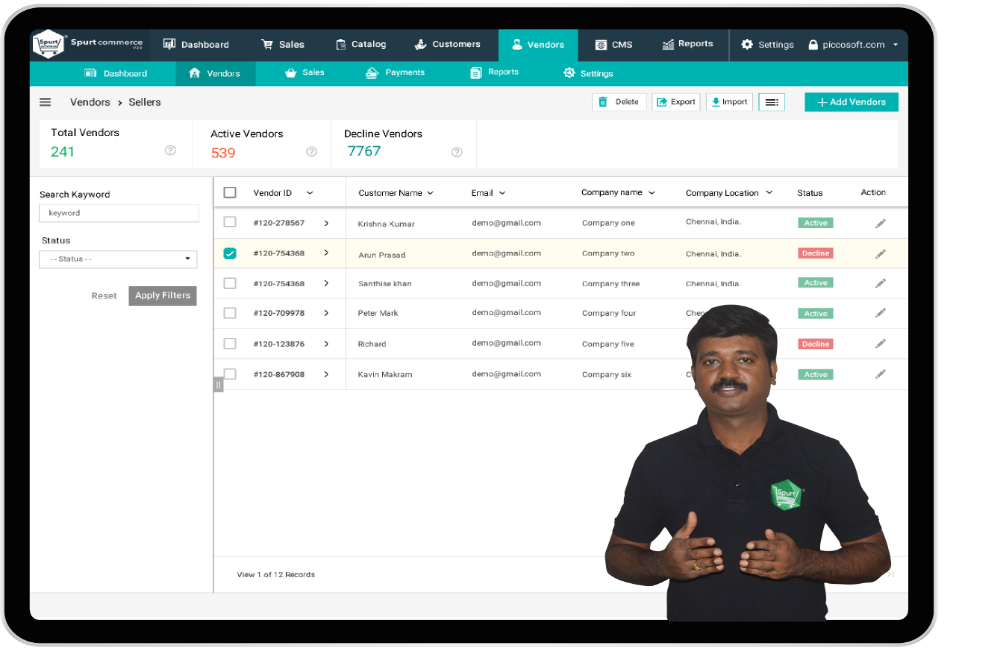 The demand for eCommerce is rising day-by-day and it is making our lives smoother and hassle-free, satisfying all our shopping needs, despite the badly hit pandemic. However, the increasing dependency on eCommerce is also rising the demand for a smarter eCommerce development.

There were days earlier, when the retailers only had to develop a simple eCommerce website with a back end. But now, increase in usage of smart phones and the demand for mobile apps is becoming the most common trend.

However, we need to understand the most common problems that are being faced during eCommerce development:

Problem # 1: An awesome front end with poor back end – which is a threat to the eCommerce business:

Most of the businesses well focus on having the best look and feel and UX/UI designs to attract their customers. It is of course an important aspect because, only if your storefront is beautiful, attractive and engaging, the Customers will like to shop. However, if your app has scalability issues and fails to generate, maintain and deliver information to the front end displays of the User, then what is the use of such a UI?

Problem # 2: Developing a scalable eCommerce interface is a difficult thing:

Ecommerce apps are significantly dependent on many elements such as payment gateways, social logins, logistics, shipping, suppliers and product catalogue. All put together these elements put the eCommerce portal into a complex situation, posing a challenge to maintain high performance.

Problem # 3: The front end of the App is largely dependent on the back end:

So, as the eCommerce portal is largely dependent on several elements, it might slow down the back-end activities, affecting the App and its performance. At the back end, there will be concurrent requests, with a burden for the application to process hundreds and thousand of requests that are instantly being sent from the front end. A large number of users, across the globe will be constantly tapping their Mobile App, sending numerous requests to the back end. And, processing such huge number of requests is definitely challenging. And, when the back end will have to handle such huge number of requests on a day-to-day basis, it gets slow with increase in load time, ultimately affecting your search engine rankings.

What is the Solution

You should seriously start thinking about changing your back end to NodeJS. How changing the tech stack of your eCommerce can benefit you.

For developing a Storefront, Angular, React and Vue for web apps and Flutter and React Native for Mobile Apps – all these are the best choices. However, Back end NodeJS API is what empowers these Storefronts.

Let us understand how NodeJS can come to the rescue:

Now, do not tolerate any more if your eCommerce portals are crashing due to frequent traffic tsunamis? Switch over to NodeJS Back End API with Spurtcommerce today and get your eCommerce business going at super speed. For more information, visit www.spurtcommerce.com